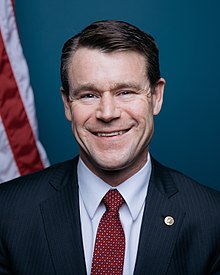 On the Senate floor in Washington Tuesday, Sen. Young introduced a new bill he has been working on to better hold Organ Procurement Organizations (OPO’s) accountable. OPO’s are independent organizations that are tasked with finding, gathering, and transporting organs from donor’s to patients.

Young charges that many of these organizations have been lacking in performance recently and patients who need donor organs are dying because of it.

“Currently, OPO performance is measured by data that is self-reported, unaudited, and fraught with errors,” Young said. “That is why I introduced legislation today that would require Organ Procurement Organizations to be held to metrics that are objective, verifiable, and not subject to self interpretation.”

Young and many privy to the issue point to the New York City OPO as an example of the downfalls of the current system OPO’s operate under. According to the Washington Post, New York’s OPO has consistently fallen short of government performance standards but has been able to block HHS efforts to shut it down because of the unreliable data Sen. Young alludes to.

This lack of performance was witnessed by Young personally. During his speech on the Senate floor, Young told the story of a man whom he served with in the U.S. Marines.

According to Young, over 113,000 Americans are waiting for a donor organ and are counting on these OPO’s to come through for them. His bill would also call for more geographic data to be collected in order to make it easier for OPO’s to find donor organs and get them to patients who need them.

Previous Story
Blake Shelton Earns His 26th No. 1 Single With “God’s Country”
Next Story
Crash In Clark County Sends One To Hospital