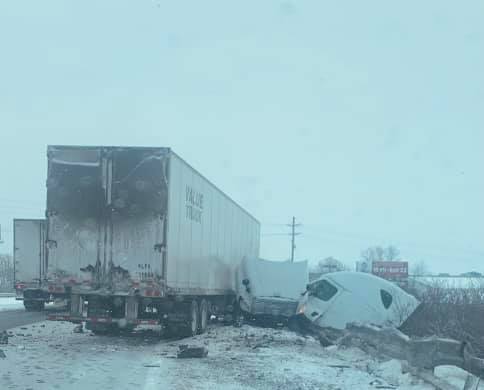 TERRE HAUTE, Ind.  – Traffic on I-70 was tied up this morning in the eastbound lanes after a semi crash.

It happened in the eastbound lanes around 10:00 a.m. when a vehicle began to spin after hitting ice on the Wabash River Bridge. The cab of the semi and engine block ended up separating during the crash. The driver was transported to a local hospital where he was treated with non-life-threatening injuries.