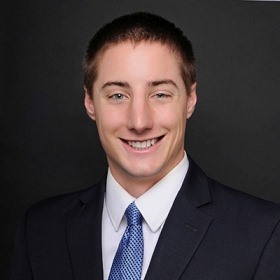 CARMEL, Ind. — Next year is an election year for one of Indiana’s Senate seats and the challengers for incumbent Sen. Todd Young are starting to make themselves known.

Earlier this month, Democratic Mayor of Hammond Tom McDermott announced his intention to challenge Young in the general election, given that he makes it out of the primary against any other Democratic candidates.

However, it appears Young may have a challenger in the Republican primary. Danny Niederberger is an accountant by trade, and tells Indy Politics that he wants to take Young’s seat on Capitol Hill.

Niederberger, who lost out to Rep. Victoria Spartz in the GOP primary for the Indiana 5th district last year, said he was on the fence about challenging Young, but what put him over the edge was when he saw Young speak at a meeting of the Indiana High School Republicans.

“There was a dinner, he was the keynote speaker for it,” Niederberger said. “In that speech, he gave us a lecture about the value of a trillion dollars and how we are ‘throwing out country away’ because of so much debt. I had looked into his voting record and I know he has voted numerous times to increase the size and scope of the government.”

That conclusion pushed him over the edge, he said.

Though Niederberger has voiced his desire to run for Senate, he still needs to gather enough signatures in each congressional district in order to appear on the ballot.

“Friday night I was in Greencastle, got a whole bunch of signatures there. Saturday morning I was in New Albany and got some signatures and canvassed,” said Niederberger. “A lot of people will give me the time to speak, but they don’t want to contribute to a campaign if they don’t know if I’m going to be on the ballot. So getting the signatures is first and foremost.”

Niederberger will need 500 signatures from each congressional district to appear on the ballot.

On the issues, Niederberger said he is not afraid to go into Congress and “shake things up.” He plans to call out lawmakers who have signed a term limits pledge but have not followed through on that pledge. He is also against any kind of vaccine mandates, whether it comes from the government or a private business. He also says it’s imperative that the U.S secure the southern border in order to crackdown on illegal immigration.

Previous Story
President Biden pledges retaliation after 12 U.S. service members and dozens others are killed in Kabul attack
Next Story